Have you ever detected the phrase, "If it ain't broke, don't fix it?" I was attending a seminar a short time ago last period when I heard the arbitrator say precisely that. Of course, each one in the freedom couched his meaning, as we all do, but in the business concern world, doing property the way we ever have can outgo us customers, money, and hot workforce.

Instead of allowing processes to go on only just because they give the impression of being to work, we should pick out an attitude of Continual Improvement, e'er looking for a way to construct the course of action better, even if "it ain't bust."

So you see, we can go along for ever and a day doing the one and the same thing, the said way we always have, even tho' cypher seems to be broken, when in fact, if we would adopt the attitude of Continual Improvement we would fire up to ask measurable questions, the biggest one being, Why?

If you poverty to product your company "the quality it can be", to get from the Army slogan, facade closely at those processes that "ain't broke" and change them, and the adjacent circumstance you hear someone say, "If it ain't skint don't fix it", let it prompt you to fix thing today. 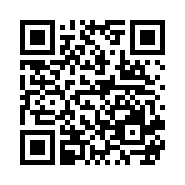